Before she met Sydney plastic surgeon, Dr Kourosh Tavakoli, Renee had thought she would have to live with the distorted nipples, misaligned implants and aggressive scars she’d been left with after an earlier augmentation for the rest of her life. After years of deliberation, she went to see Dr Tavakoli, hoping he could return her breasts to a more natural-looking appearance.

‘I was going to live with my breasts after the first operation, even though I felt embarrassed about their appearance,’ says Renee, who had undergone her first augmentation aged just 18. ‘It wasn’t until I got married that I made the decision to have them revised.’

According to Dr Tavakoli, some of the issues Renee experienced following her initial augmentation were due to the placement of the implants. ‘Renee’s original implants had been positioned above the pectoral muscle, which is sometimes associated with a greater risk of implant movement and capsular contracture, where the implant hardens and distorts,’ he says. ‘In Renee’s case, the implants had moved laterally and caused the skin to ripple and fold.’

Unfortunately the scars Renee had been left with beneath the breast crease had not healed well, and had widened due to the movement of the implants.

‘The scars had tripled in length and increased in width; they were shiny white lesions over 1cm wide and around 10cms long,’ recalls Renee. ‘When I was lying down, if someone saw me naked, I couldn’t have been more embarrassed – they were so obvious.’

Finally, because Renee’s nipples weren’t correctly positioned in her original surgery, her areolas had extended to cover a larger area than normal. ‘With my original implants I would have been between a B and a C cup, but as the years progressed my nipples started to distort until they almost look bigger than my breasts,’ Renee says.

It was with the help and support of her husband that Renee ultimately decided to have her breasts corrected. Having decided to approach Dr Tavakoli, Renee wasn’t concerned by the prospect of surgery – she had been through it before – but wanted to know if, and how, her problems could be addressed. Fortunately, Dr Tavakoli was able to answer all Renee’s questions.

‘He explained he could fix my implants, improve the appearance of my scars and correct my nipples but it sounded as if I was falling apart – he had so much work to do,’ Renee says. ‘That’s the only thing that slightly scared me. I was familiar with the procedure and the time leading up to surgery, but I had not grasped how much work was necessary to correct the previous surgery.’

Renee had a number of consultations with Dr Tavakoli, during which they discussed the surgery itself, how long it would take, the downtime that would follow and the reasons behind some of the existing complications. It was only after these in-depth conversations that Renee was reassured and became comfortable with what lay ahead.

According to Renee, Dr Tavakoli’s team of expert nurses and relaxing clinic environment also helped put her at ease.

It was this attention to detail that left a lasting impression on Renee. As the nurses prepared her for surgery and Dr Tavakoli measured and marked her body, any last minute doubts Renee might have had were blown away by the quality of treatment.

‘I couldn’t believe it; they gave me a robe to wear and it was actually heated, like it had just come from the dryer. When they laid me down, instead of giving me a normal blanket, they gave me a specialised compression blanket before asking if I needed medication to calm my nerves,’ Renee laughs. ‘I almost forgot I was in there for surgery, it felt like I was in a day spa!’

Ultimately, however, it was the results of her surgery that Renee was most concerned about.

Although recovery took longer than expected, given the extent of correction required, Renee saw Dr Tavakoli weeky in the months following surgery.

‘I made an additional appointment to see Dr Tavakoli to ask why I wasn’t recovering well,’ says Renee. ‘He reiterated the extent of my reconstruction, which involved disturbing the muscle, making a pocket, disrupting the gland, fixing the scars and adjusting the nipple – that’s a lot to recover from.’

Two months after her procedure and Renee is feeling energised and comfortable. The swelling has reduced and the outcome of Dr Tavakoli’s work is made clear.

‘I couldn’t be happier,’ Renee says. ‘The results are great and only now do I realise how much my breasts were affecting my self-confidence. I keep asking myself why I didn’t do it years ago!’ 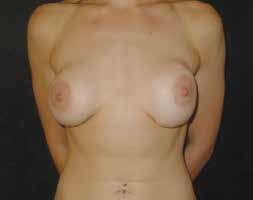 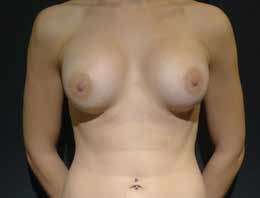 Dr Kourosh Tavakoli, MS, FRACS, is an internationally renowned Australian trained plastic surgeon with over 20 years of surgical training. He is an active member of the Australian Society of Plastic Surgeons (ASAPS), International Society (ISAPS) and American Society of Plastic Surgeons (ASAPS). He is considered a world leader in plastic surgery of the breast and body and lectures extensively around the word on these topics.

Are you ready to take the next step?